Light up your world!

New Hampshire residents get discounts on energy efficient lighting!  April 22nd is Earth Day. I celebrate the week, not just the 22nd, and I’m going to tell you one of the best ways to save energy and reduce your electric bill.  BUY LED lightbulbs….I know they’re not cheap.  So I want to let you know about NHsaves.com.

“The mission of NHSaves is to advance the efficient use of energy, while caring for the environment and promoting economic development in New Hampshire.”

There’s a lot of information on the site like: “Go Ductless & Help Your Homeowners Save!”
OR
This one on smart LED lighting.

If you would rather go to a brick and mortar, try a Batteries Plus store.  They have locations in Nashua, Manchester, and Salem. When I checked out the Nashua one they let me buy bulbs that offered a rebate, AND they automatically discounted the rebate after I filled out the form for them to submit.  Very convenient!

Not only that…they recycle batteries too.

From Everything Real Estate with Jenn, post How to get discounted LED lighting.

As a big fan of Earth Day I compile a weeks worth of posts to celebrate.  A few years ago I became a big fan of making things out of old pallets. I love the colors of rustic wood.

I was picky about the pallets, looking mostly for hardwood and character.  When I was trying to “square” the coffee table top, my buddy Tom at Make It Labs told me many pallets are treated wood.  I did not know that, and this began the decline of my interest in pallets. That, and the pain in the katuckus to take them apart!  Still finding nails throughout the basement my disassembly location.

You won’t believe this! Home Depot is now selling disassembled pallets. Only $26.59! 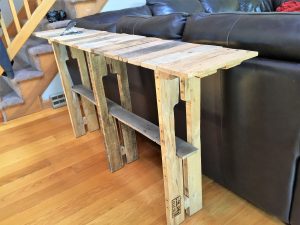 Here’s a post from TreeHugger.com showing  what some of the symbols on the pallets mean: “How to upcycle pallets into “rustic-industrial” stuff for your home”

The style is wearing on me anyway, time to upcycle something else…there are quite a few hotel liquidation places in the Nashua area. Who knows, maybe my home is ready for something more upscale.

From Everything Real Estate with Jenn, post ReUse, ReCycle, and RePurpose

This remodeled antique home and offices are now on the market.  Character, mixed use, expansion potential in barn, public utilities and on over half an acre. Traffic count is 13,000 daily and two curb cuts on Route 101A with parking lot, as well as a private driveway on Vine Street.
Excellent street presence and curb appeal! 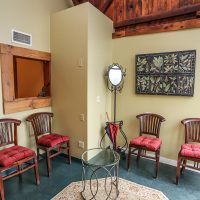 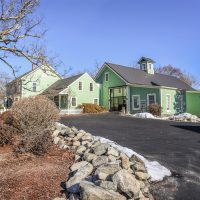 Curb Cut 1 of 2 in Parking Lot 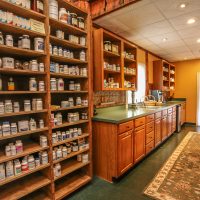 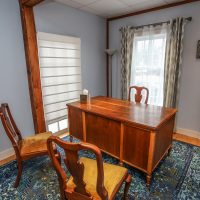 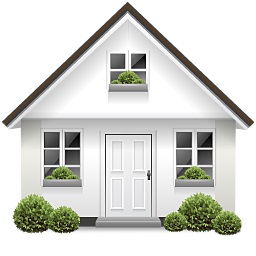 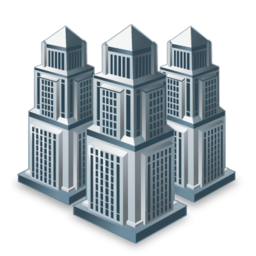 Commercial loans:
1. Require a higher down payment, typically 20%.
2. Have shorter terms, typically 5-20 years with a large chunk paid at the end.
3. Have higher interest rates.

So you typically have higher carrying costs(monthly payment) associated with a commercial loan, there’s more risk because you have a balloon payment at the end of the term – or you have to refinance, and you cannot refinance out if the rates go down without a prepayment penalty typically.

Qualifying for a commercial loan is different…it’s based on income potential of the property. While a residential loan is based on your gross income and debt.

From Everything Real Estate with Jenn, post Commercial vs Residential Loans?

I started a special blog for a special house.  A beautiful antique colonial located at 354 Nashua Rd in Milford, NH.  This is a mixed use property…it’s zoned Residential but Milford has a special overlay district called the “Nashua and Elm St. Corridor Overlay District.”   A perfect situation if you always wanted to be located close to your office, but still keep it separate.

Currently it’s a medical clinic, prior- a vet, and before that it was an inn.  The living area is completely separate from the office space.  It includes a waiting room, reception office, kitchenette, 3 offices, and a conference room on 2nd floor.

I’ll be adding photos in the next couple weeks, just had a huge estate sale and the place needs to be put back together!

From Everything Real Estate with Jenn, post WOULD YOU LIKE YOUR OFFICE NEXT DOOR TO YOUR HOME? 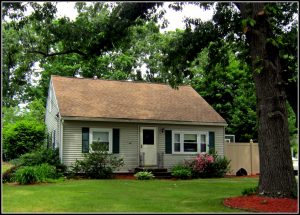 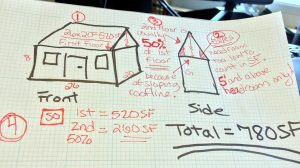 At the end of every year, around October, our state releases the new property tax rates for the year.  BUT, tax rates are just part of the story for determining your property taxes.

There may be an Equalization Ratio that needs to be applied to the value of your home, and this is determined by how close your house’s Assessment is VS the Market Value. What’s an equalization ratio: http://jennifercote.info/how-is-an-equalization-ratio-used-in-nh-property-tax-calculations/

Below is a list of a few southern New Hampshire towns.  For the statewide list go to: NH Department of Revenue Administration.
(A higher tax rate doesn’t necessarily mean that town charges more in taxes.)

Six different laser cut wood snowflakes, in a collectors box that protects the snowflakes for storage.  Each box is labeled: Snowflakes 2016 on the top, and BSA Troop 610 Pelham NH on the bottom. These are laser cut at Make-It … Continue reading →

First, what is it? “Equalization is the process where the state makes adjustments to each municipality’s locally assessed values to calculate the estimate 100% value of the municipality.” NH Dept. of Revenue Administration

So to balance out the difference, and bring the assessment up to market value, the ratio is applied and that value is used to determine your total property tax…not the assessment value.

If the town is at a 100% equalization ratio, then the Assessed Value is what’s applied to the tax rate.

From Everything Real Estate with Jenn, post How Is An Equalization Ratio Used In NH Property Tax Calculations?

OPEN HOUSE ON SUNDAY, MAY 22 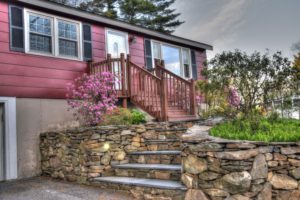 Remodeled raised ranch in south Merrimack, close to everything!  New kitchen with granite counter-tops opens up to the living room with large picture window.  All the wood floors: in living, hallway, and bedrooms have been refinished.  The bath was expanded and updated as well.  As you walk outside onto the new multi-tiered deck, you can see the multi-tiered gardens, planting bed around the rock outcroppings, a fire-pit, plum and sweet cherry trees.  A large finished family room and den finish off the basement that leads to the extra deep 1-car garage.

Please email me for more details: 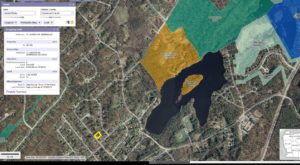 From Everything Real Estate with Jenn, post 17 Lamson Dr in Merrimack, NH for Sale