The trend for properties on the market is slightly higher than last February with 75 listings, January this year has 87 listings.  The spring market listings have been delayed due to the severe winter snow storms. March and April we typically see the largest influx of new listings. 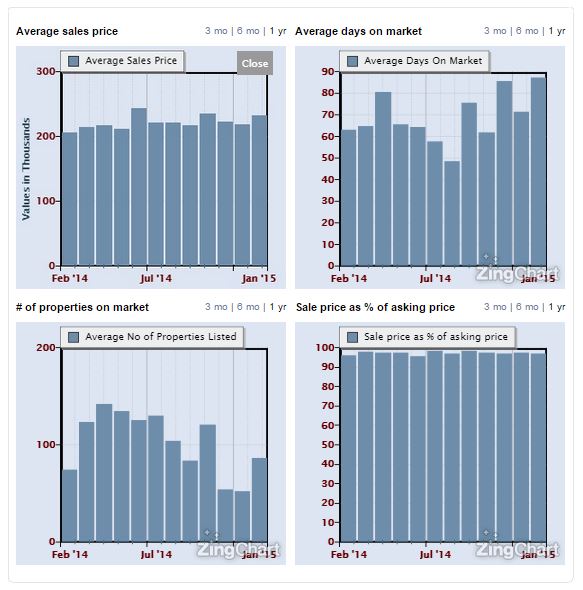